Burk Uzzle’s career, like his pictures, is a nuanced composition blending American culture, individual psyches of particular places and people, and an atypical way of seeing ourselves, our values, and our community. Always respectful yet locating the poignant or quirky, the history of his narrative belongs to all of us. Initially grounded in documentary photography when he was the youngest photographer hired by LIFE magazine at age 23, his work grew into a combination of split-second impressions reflecting the human condition during his tenure as a member of the prestigious international Magnum cooperative founded by one of his mentors Henri Cartier-Bresson.

For 15 years, Uzzle was an active contributor to the evolution of the organization and served as its President in 1979 and 1980. During the 16 years he was associated with Magnum, he produced some of the most recognizable images we have of Woodstock (album cover and worldwide reproduction of its iconic couple hugging at dawn) to the assassination and funeral of Martin Luther King Jr. to our comprehension for the experience of Cambodian war refugees.

His archive spans almost six decades. His current work rests deep in photographic appreciation of the quiet, strong, and eloquent beauty he discovers in America’s small towns and its people. It is along small back roads, limned with feelings and a surety of surprise for the heart wide open, that continue to support his understanding of how America keeps its personality out on a limb. Uzzle’s current bodies of work (some of which are African-American) are artful and constructed reflections of his subjects. His hope is for a graphic presentation of something universal within the particular, and all the better when involving a gentle chuckle and knowing smile.

From that platform of early work with LIFE Magazine and Magnum Photos has come an encore, amplified courtesy of trial and error. Work from building blocks of years of trial and error. Years are fertilizer with continued energy the icing on the cake made from disciplined regularity of exercise and good nutrition. Carrying decades around has taught me to rest inside the action. Within that calm is produced eloquence grown from patient observation. All those trials and errors taught me craft, the power of light, and rewards of large format digital. I doubt that a better way to learn than personal contemplation of errors exists. From the books. the museums, the travel, tough travel, tough assignments, and above all the joy of loving life as felt by my heart, sent to my eyes which made visual music. 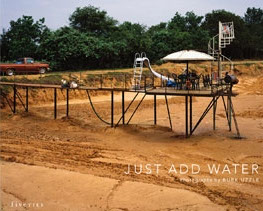 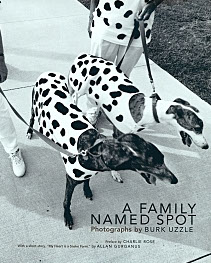 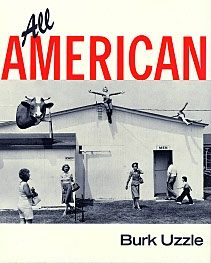 "During the process of making this film, it has been easy to see that the way in which Burk Uzzle approaches the photographic process is ontological — it is a way of being. He does not merely use his technical wizardry and vast experience to photograph a subject in an interesting way, rather, he is endlessly seeking to present the aura of the individual through a picture.  His artistry continues to connect us with appreciation and understanding of the anima of a particular place or person.  f/11 and Be There is a film about how he locates core moments that amplify how we see our collective selves, values, and communities. A current project documenting the African-American South is a prism into his affinities and priorities, and his belief that portraiture is still a new frontier in photography."