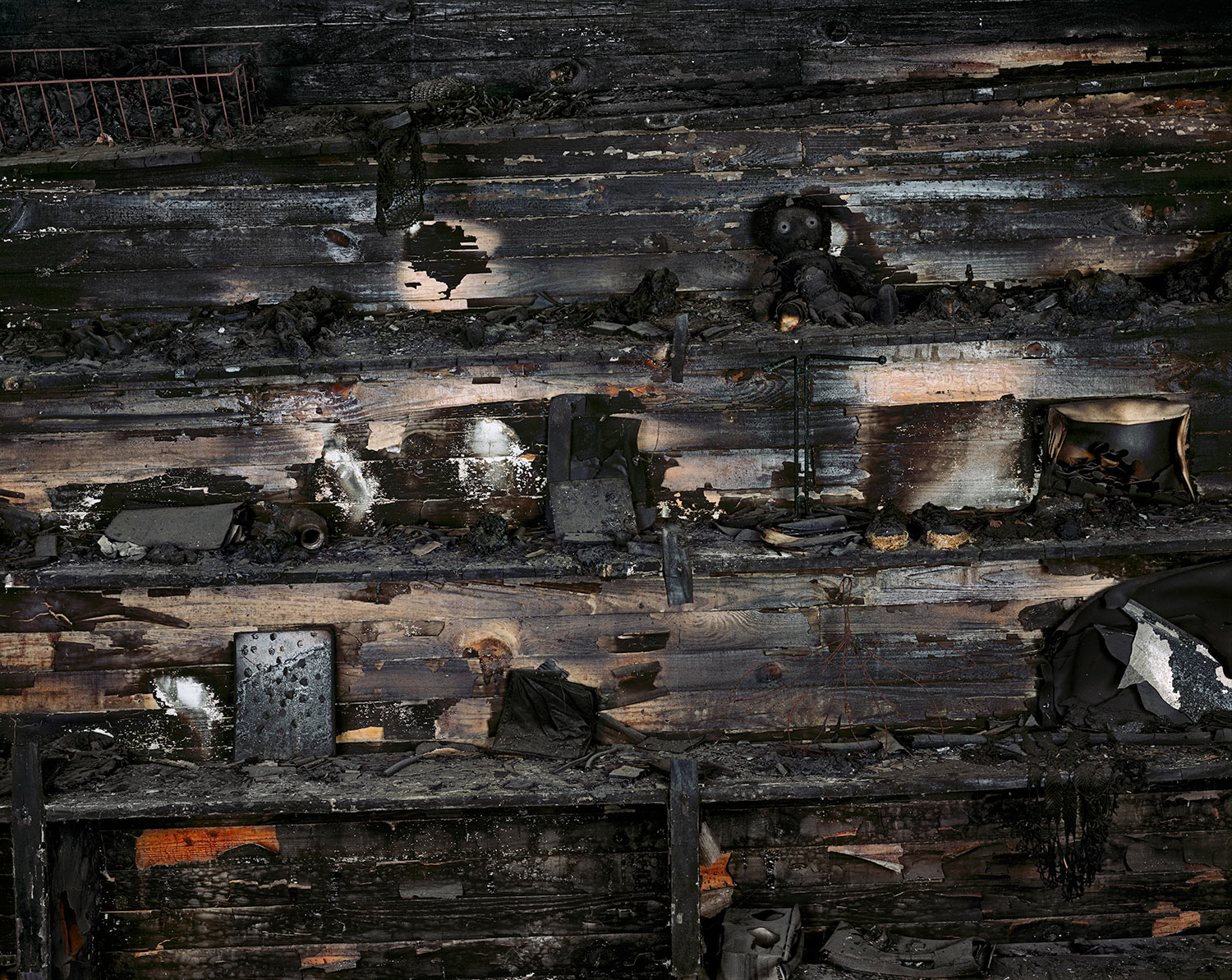 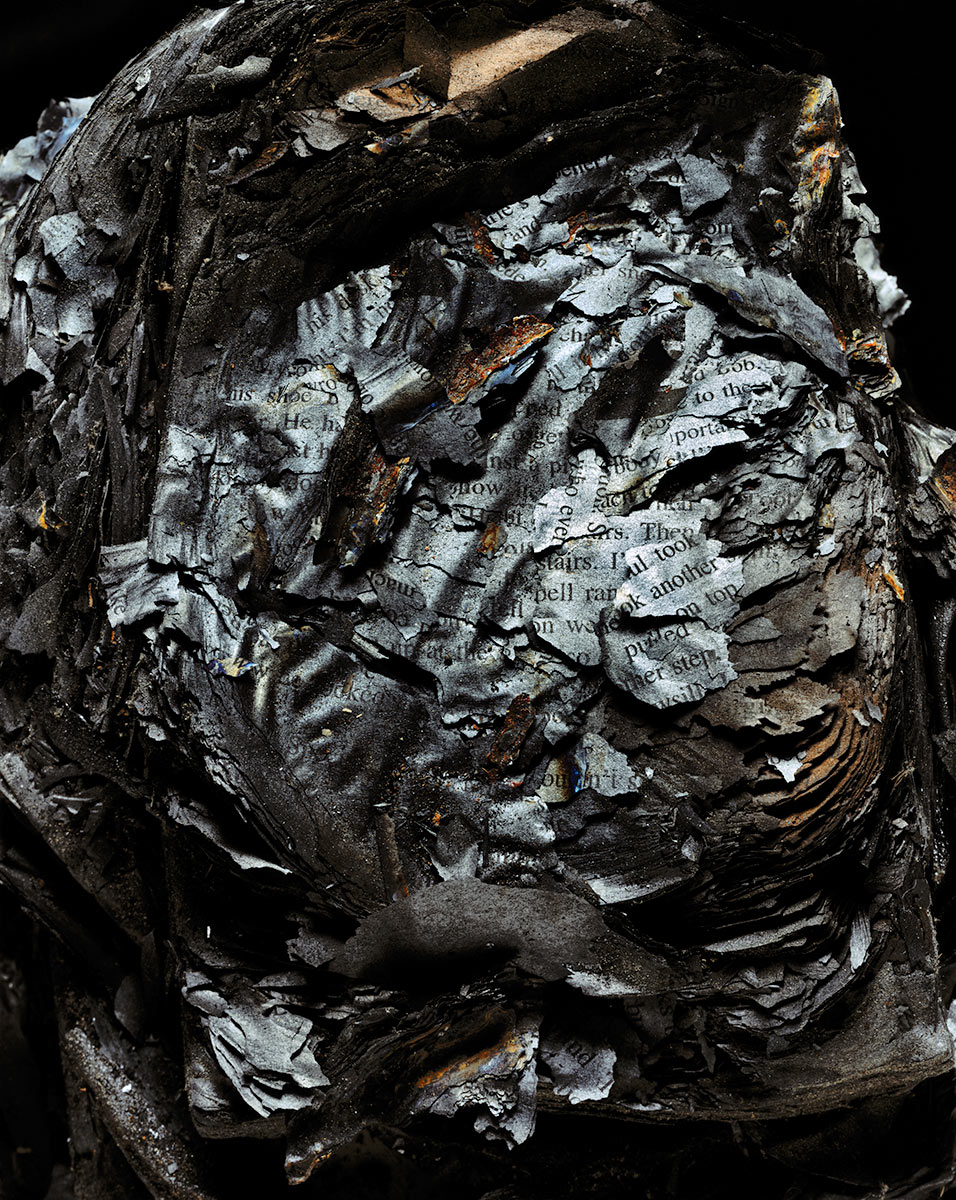 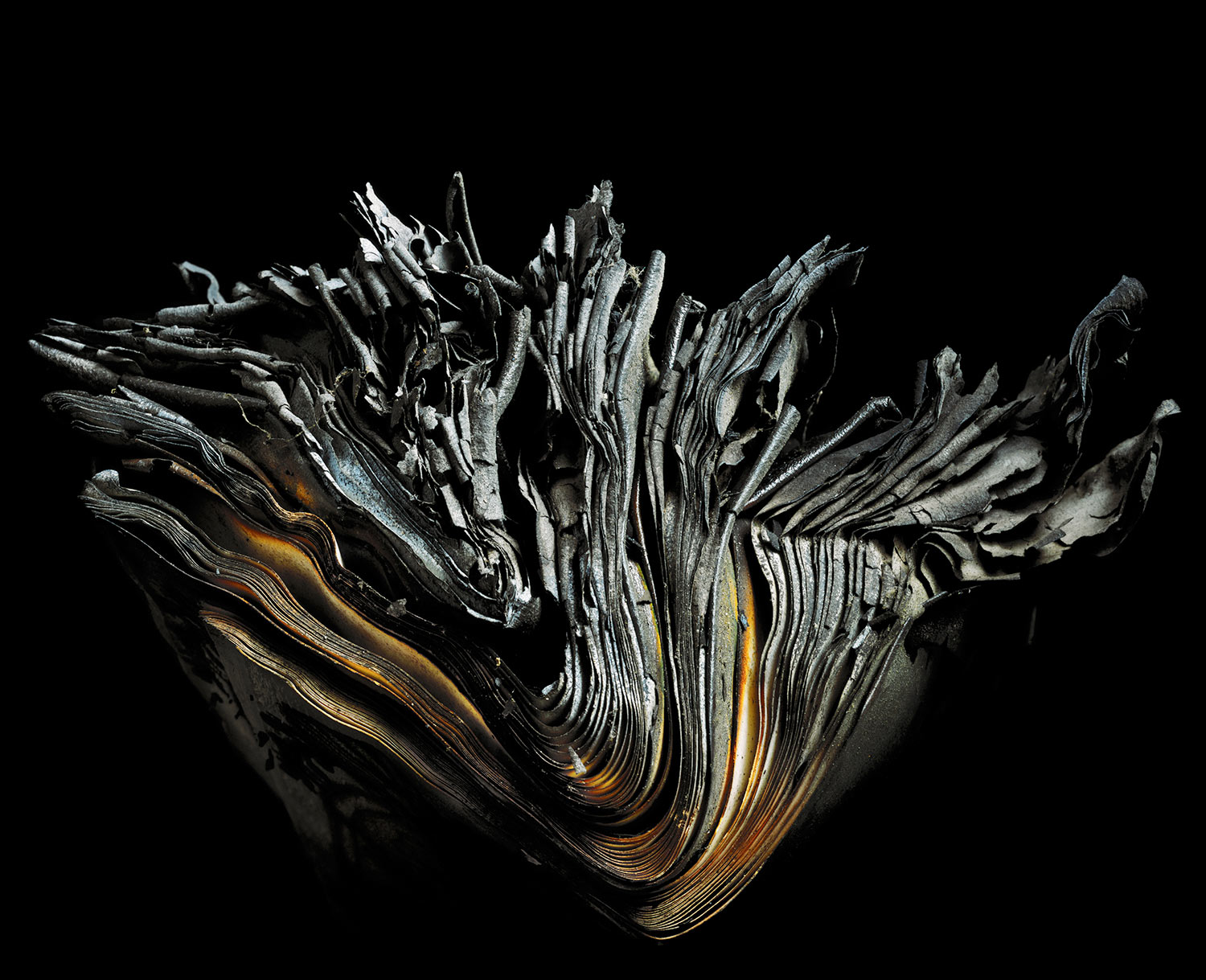 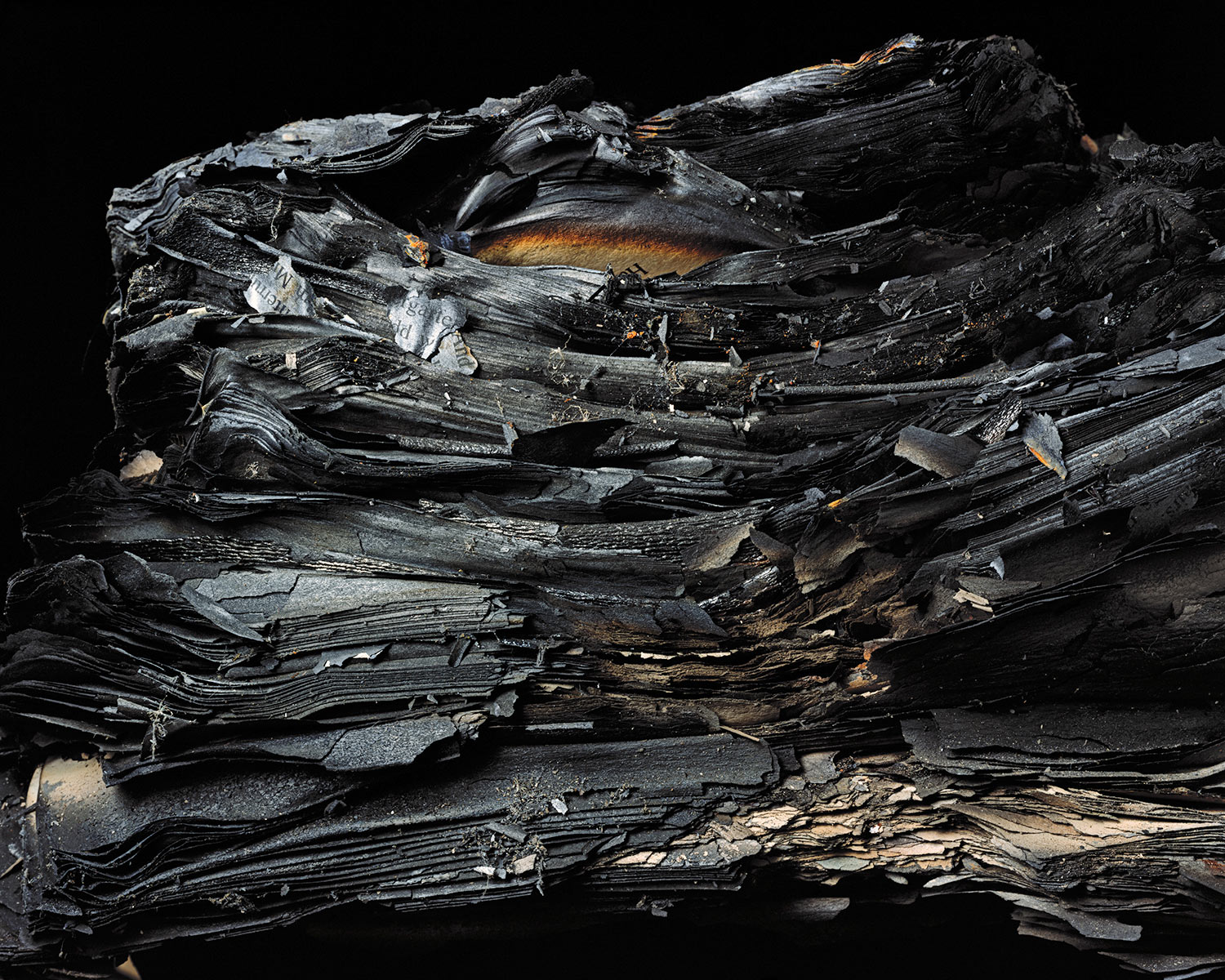 See all photos in this collection

Tiny little community in eastern North Carolina has the Meadow restaurant, a longtime favorite.  Just down from that was a small, one room community store. It caught fire when a gas can exploded. The fire scorched and almost destroyed most of the contents on shelves, but the building was left standing. After lunch at the Meadow, Janet Kagan joined me for an exploration inside. Carefully walking on the floor beams that remained, we discovered a long row of paperback books a bit larger than the palm of a hand.

Wow! Important words had survived on some books even though their shapes had turned each into a piece of charred, paper sculpture.

Brought them to my Wilson studio, arranged a way for them to be suspended in air in front of a black background. Very tedious, intricate lighting to accentuate the words that I felt symbolized the stubborn refusal of culture to be destroyed!

Beautiful prints were made from large format film and shown at the Laurence Miller Gallery in New York. The "Burned" exhibition caught the attention of important collectors, and one Texas collector acquired one of everything, with some of the prints being very large.

Fundamental instincts with their words symbolizing the best of life had survived.