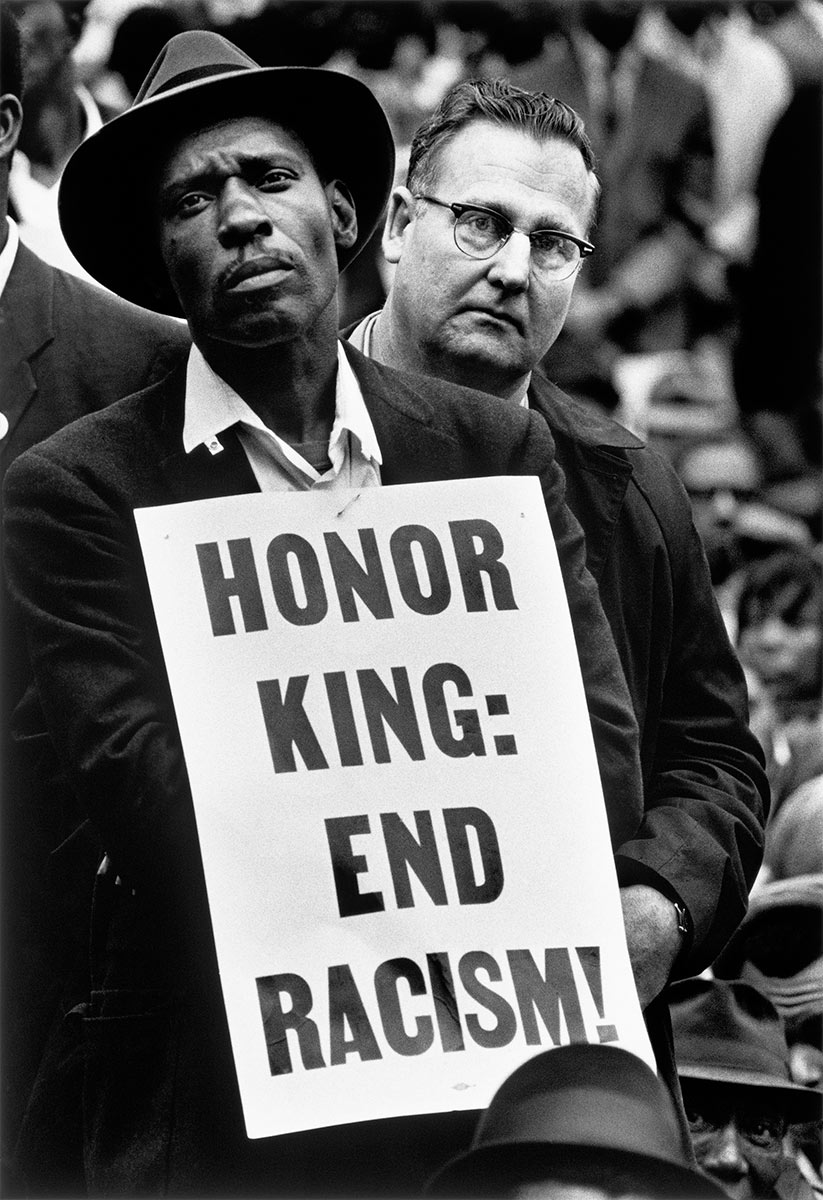 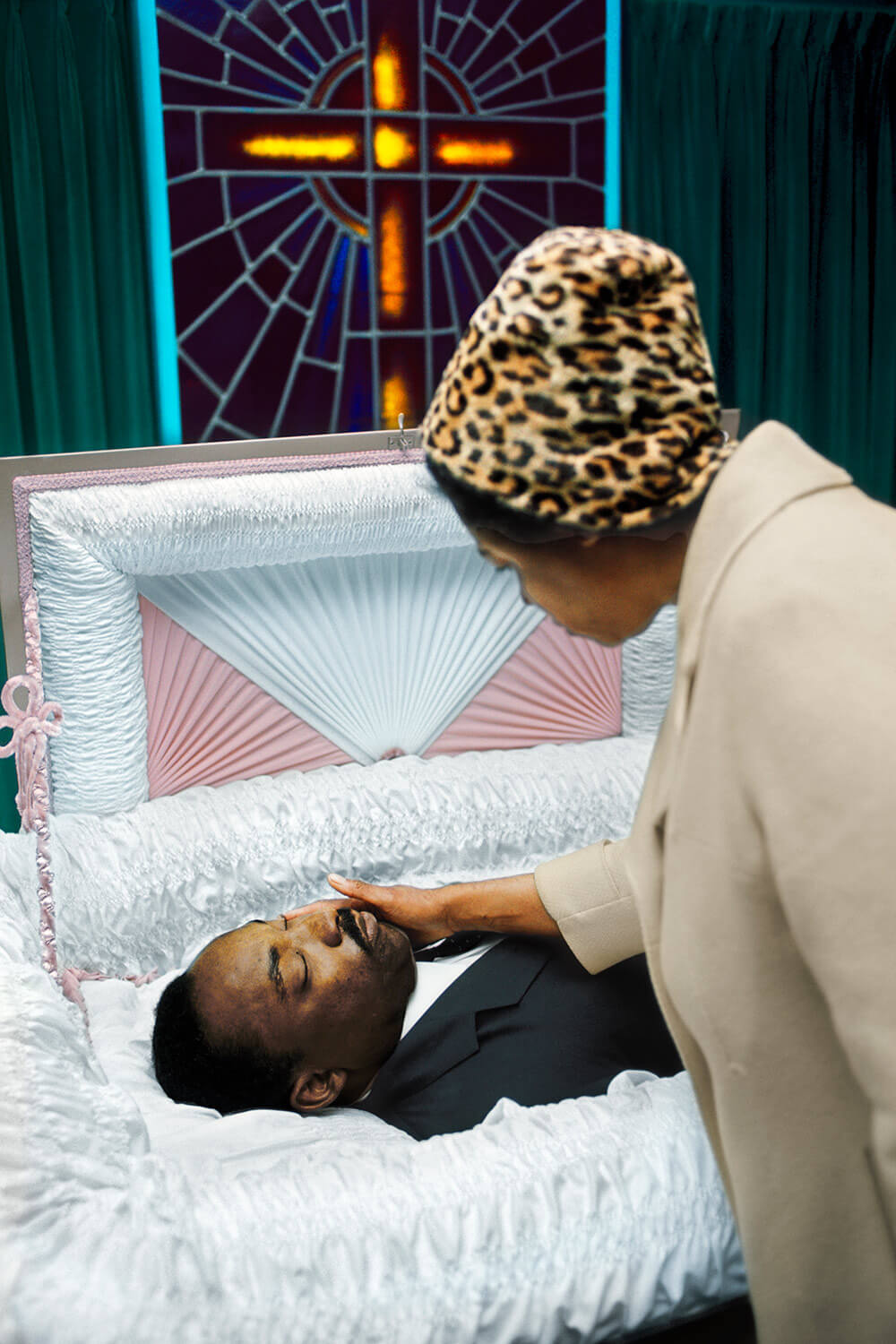 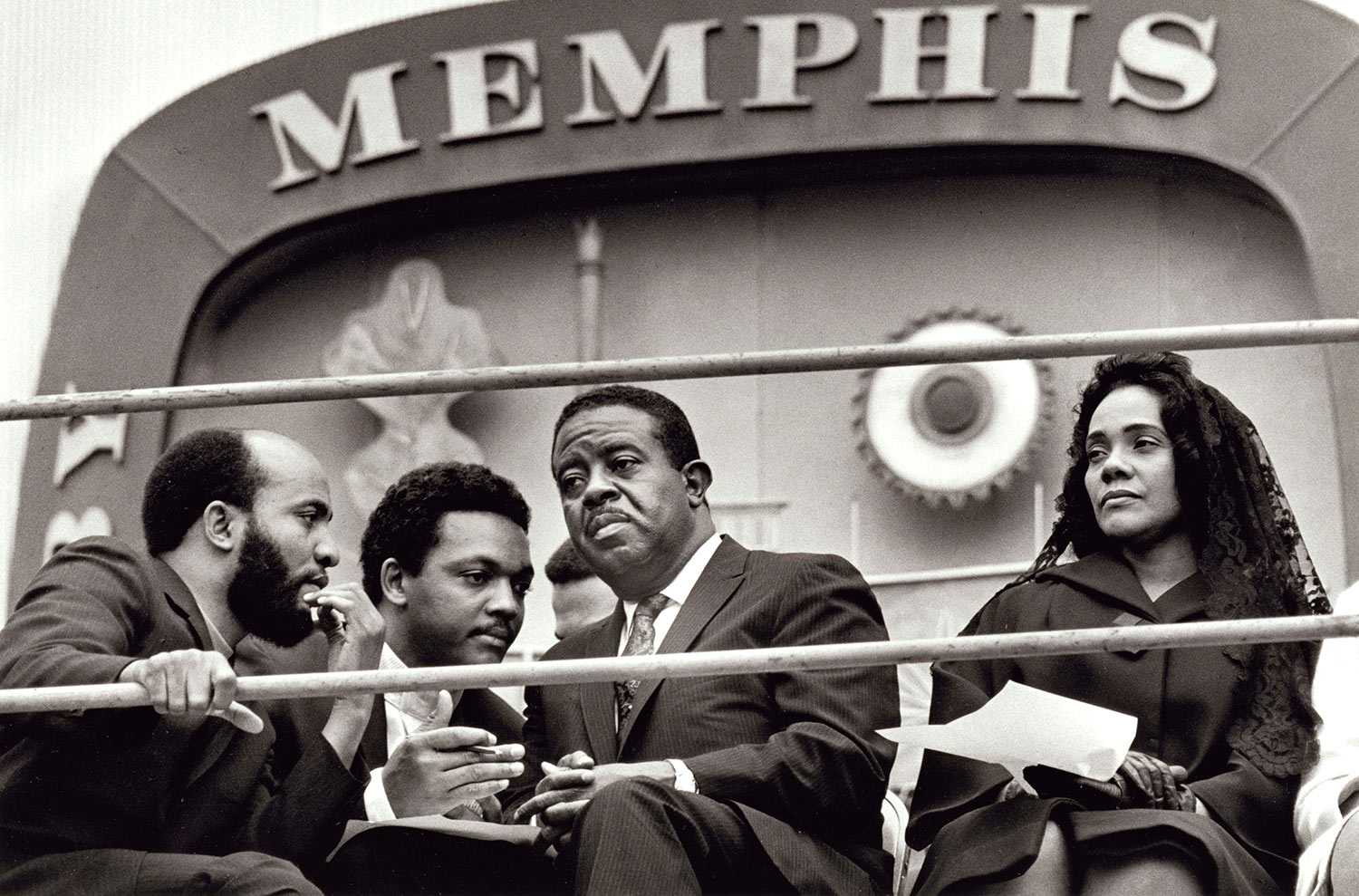 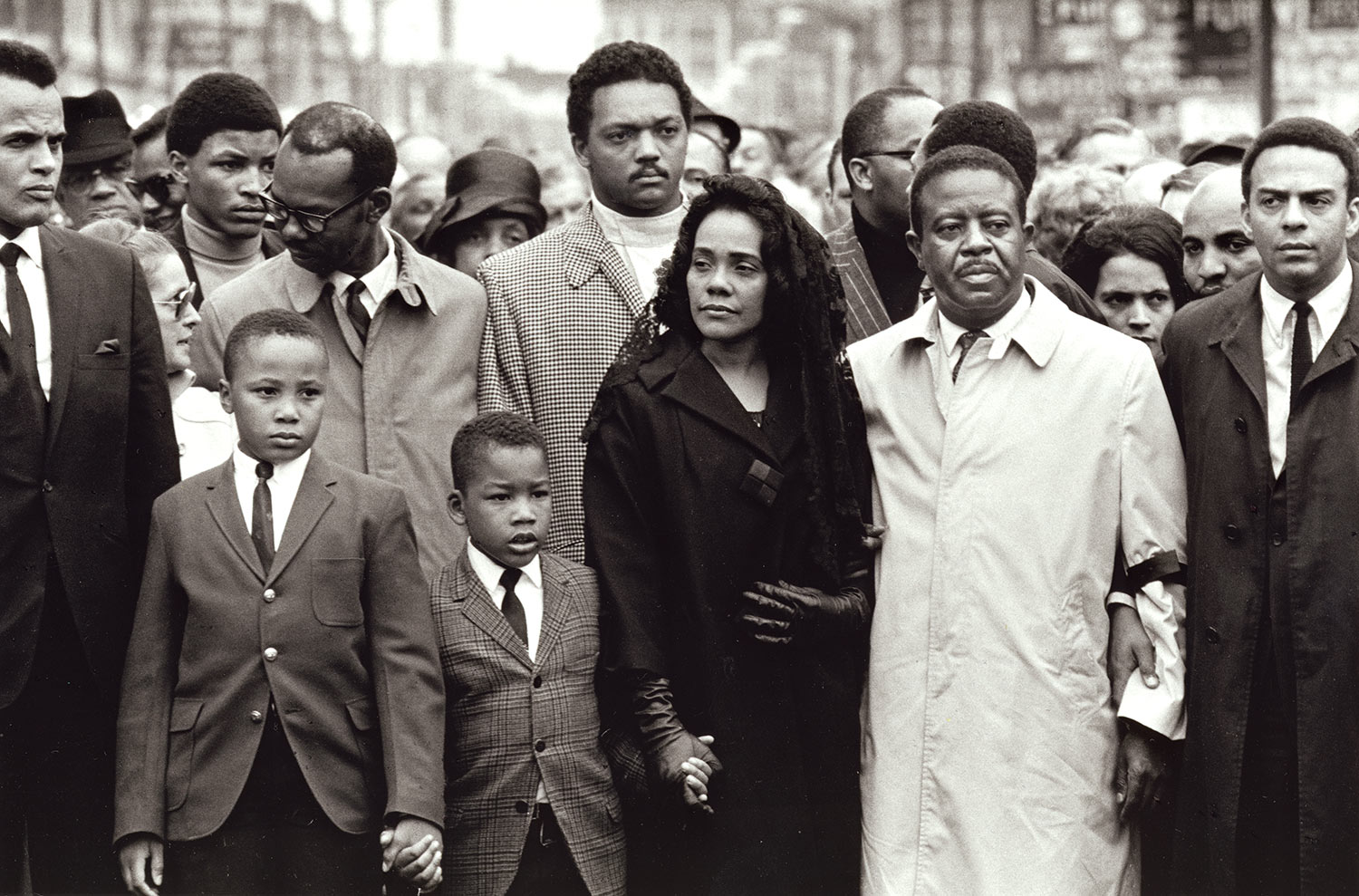 Met at the airport by my wife, Cardy, who tearfully handed me a bag of film, an airplane ticket with the news that Martin Luther King, Jr. had been killed in Memphis, saying she knew I would want to be there, pointed to the gate where the plane leaves in twenty minutes.

The man had been my first magazine assignment ever, and it was for Jet Magazine, when I was 19 years old.

Then, all those years later, I went straight to the Lorraine Motel where he had been killed. Photographed the detectives on the balcony, turned around, photographed stunned people, with the window from which the shot was fired over their heads. We all gathered together in processions in Memphis. Leaders from everywhere, in every color, and family. Stunned people on sidewalks were black or white, with often vividly opposite emotions.

Early the next morning I was able to view, with a select few, MLK in his casket before it was closed for the flight to Atlanta. One picture became the Newsweek cover.

Funeral was in the neighborhood of the church of his origins. Streets filled with thousands of mourners as far as the eye could see, with the casket on a wagon pulled by mules. Blacks and whites would often be seen together holding signs to Honor King, End Racism. Two weeks later I was photographing the funeral of Bobby Kennedy. He had to know it would end that way. His brother had been killed. MLK had been killed. You can see in his eyes, his seeing it would happen, with Ethel holding him as if haunted by that violent American decade.