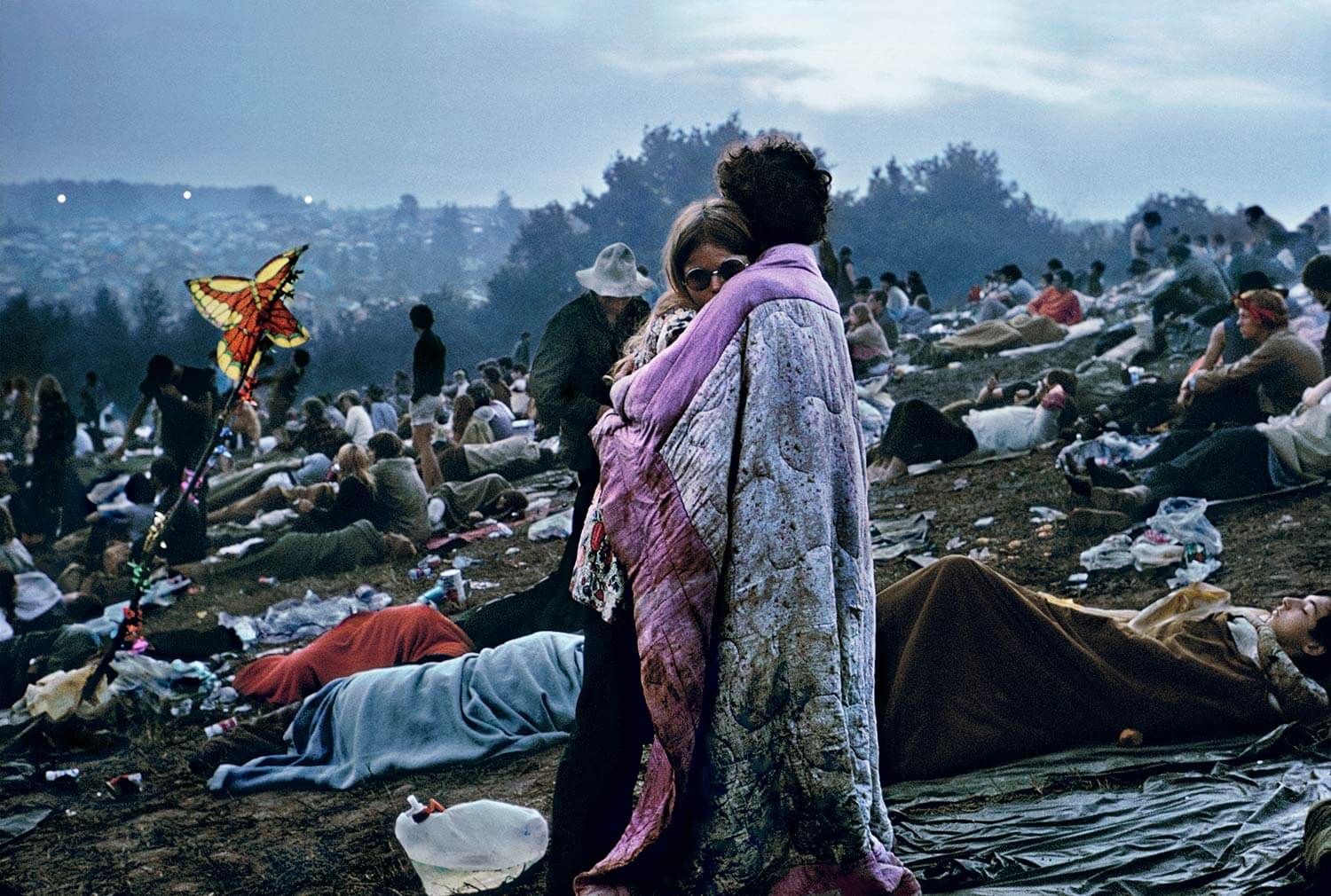 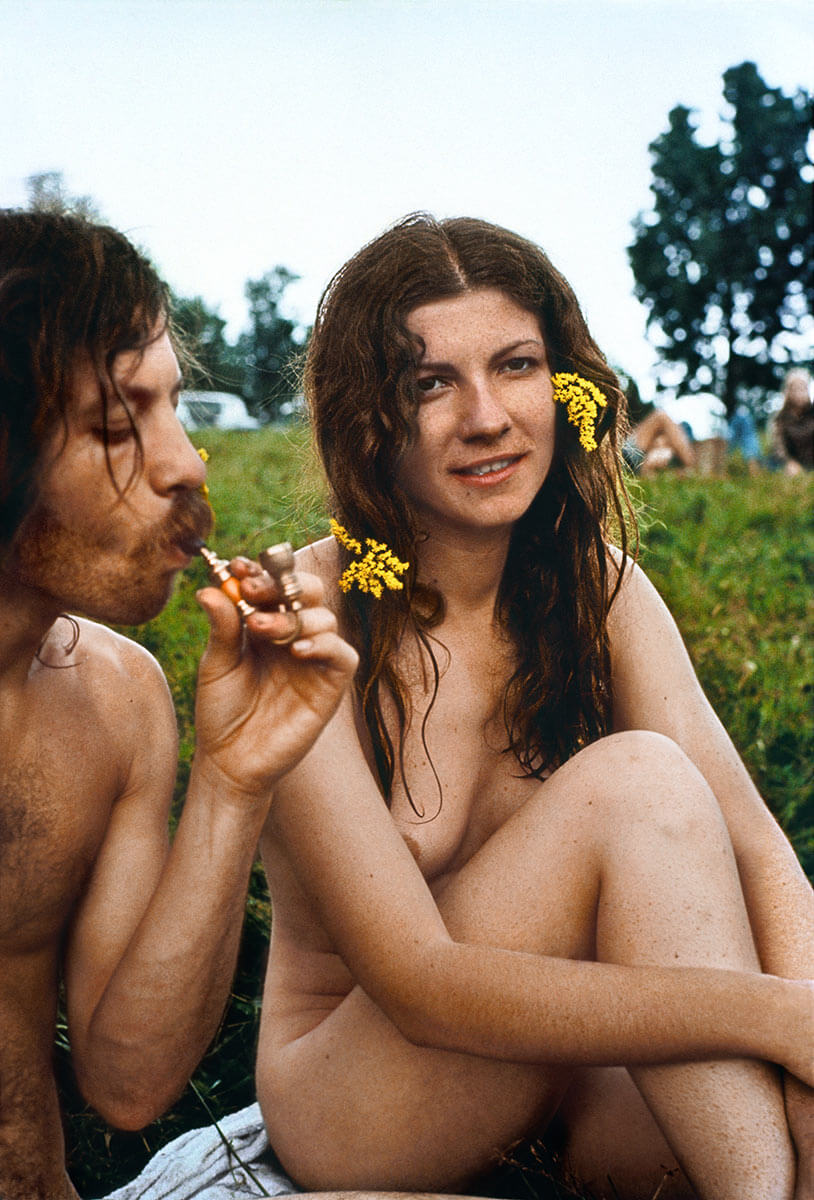 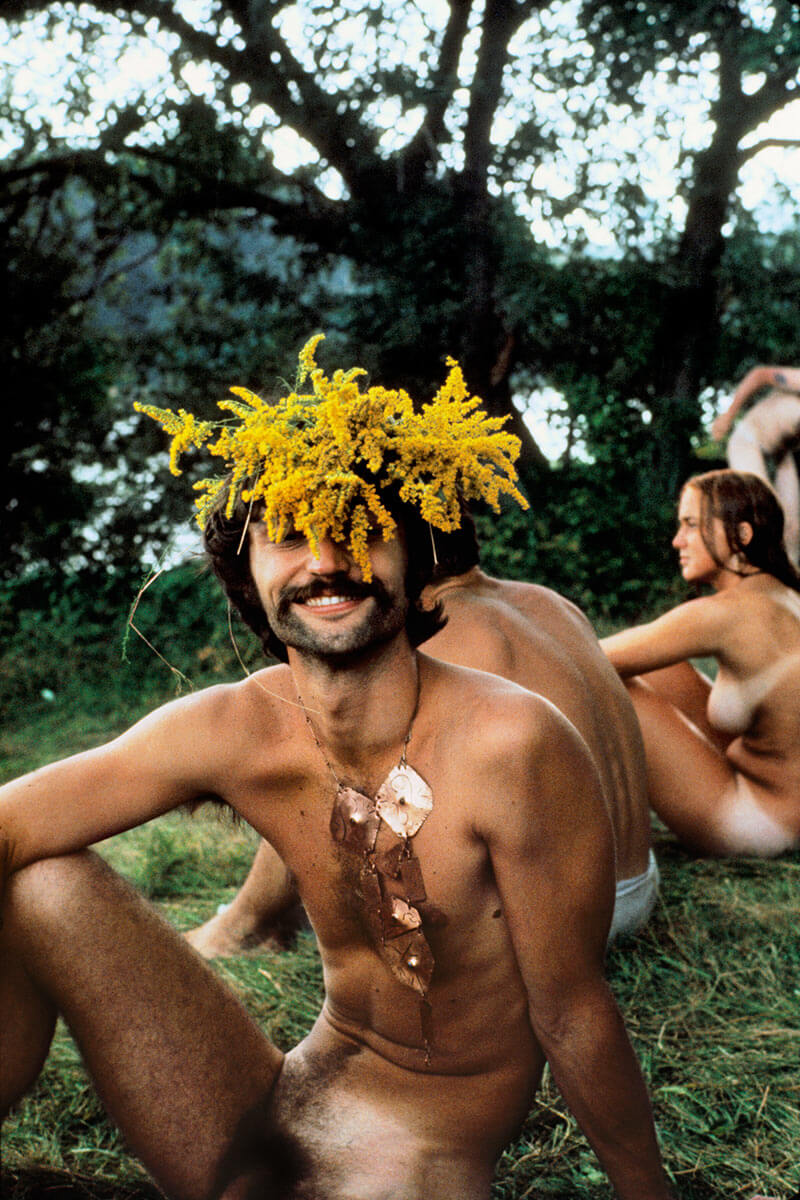 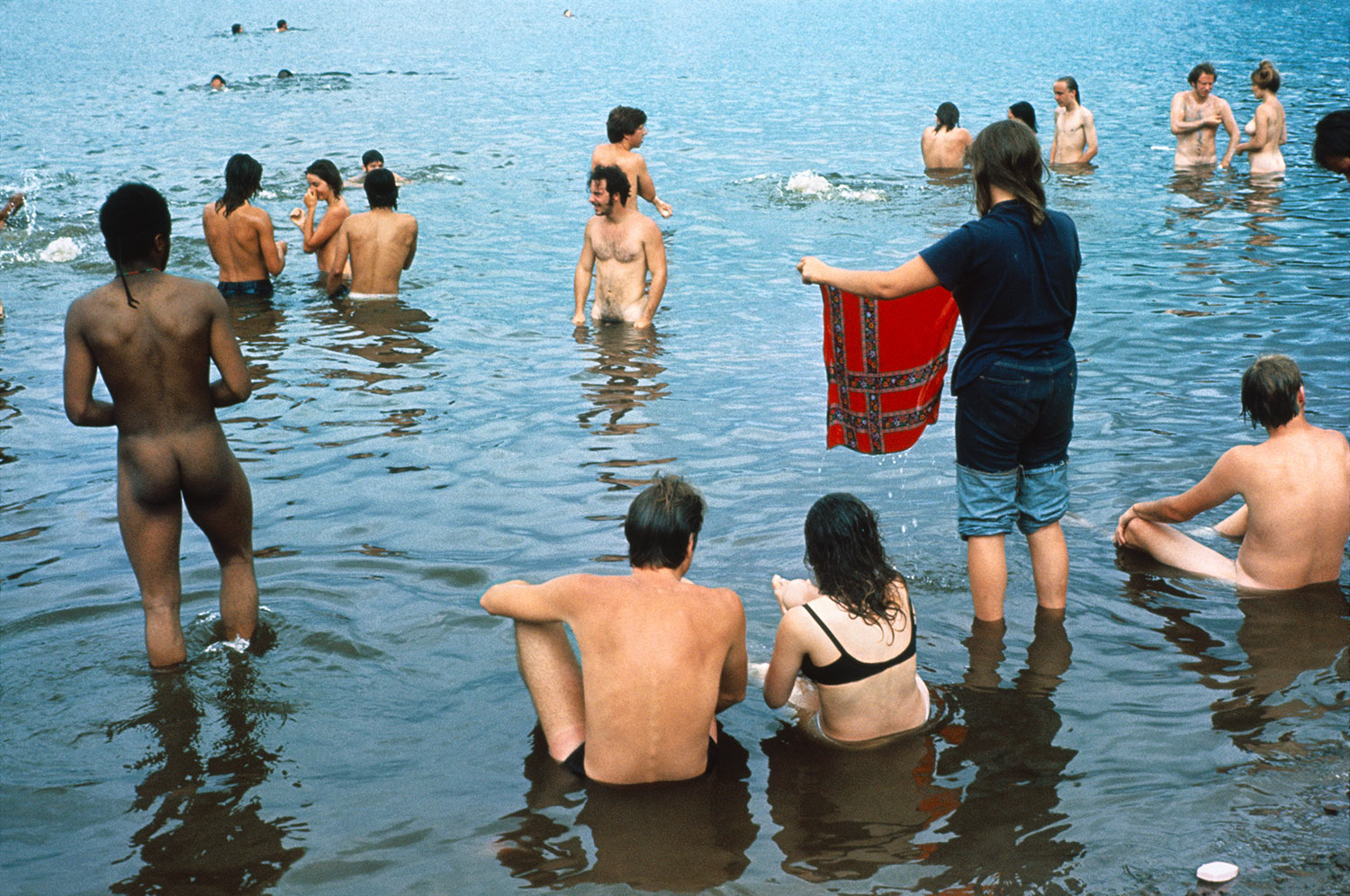 Woodstock gave America a dramatically different way to be together after the violent 1960s assassinations, riots, war, cities on fire, and accompanying anguish. With thousands of participants try to reach the Farm, the NY Throughway had to close.  Food was scarce and people slept crammed together on the ground often in the rain. We went to hear music. We found hope. We looked after one another. Within physical misery, bliss erupted. As far as the eye could see, a landscape of happiness while wrapped in mud.

Up on the hills away from the stage, with the lake a playground, plentiful drugs and nudity. Around the lake people gathered to swim and get high, which became a skin-scape. I declined the assignment to photograph the bands and, assuming I would only be there for one day, was free to explore the population although I occasionally visited the stage to borrow film from photographer friends. Very early one morning, stepping over sleeping bodies, I saw in the distance one couple standing, holding each other. Seeing the hills, a flag, all poetically wrapped in dawn, I walked carefully to within 15 feet, all the while with my eye moving left or right to arrange their placement within the other elements of this tender moment. I took that picture, which became the iconic cover of the Woodstock album with borrowed color film.

A music festival with so many great musicians gave way to quietude born of release, however temporary, from a violent decade while pointing the spirit of Woodstock toward trying to grow a new America.