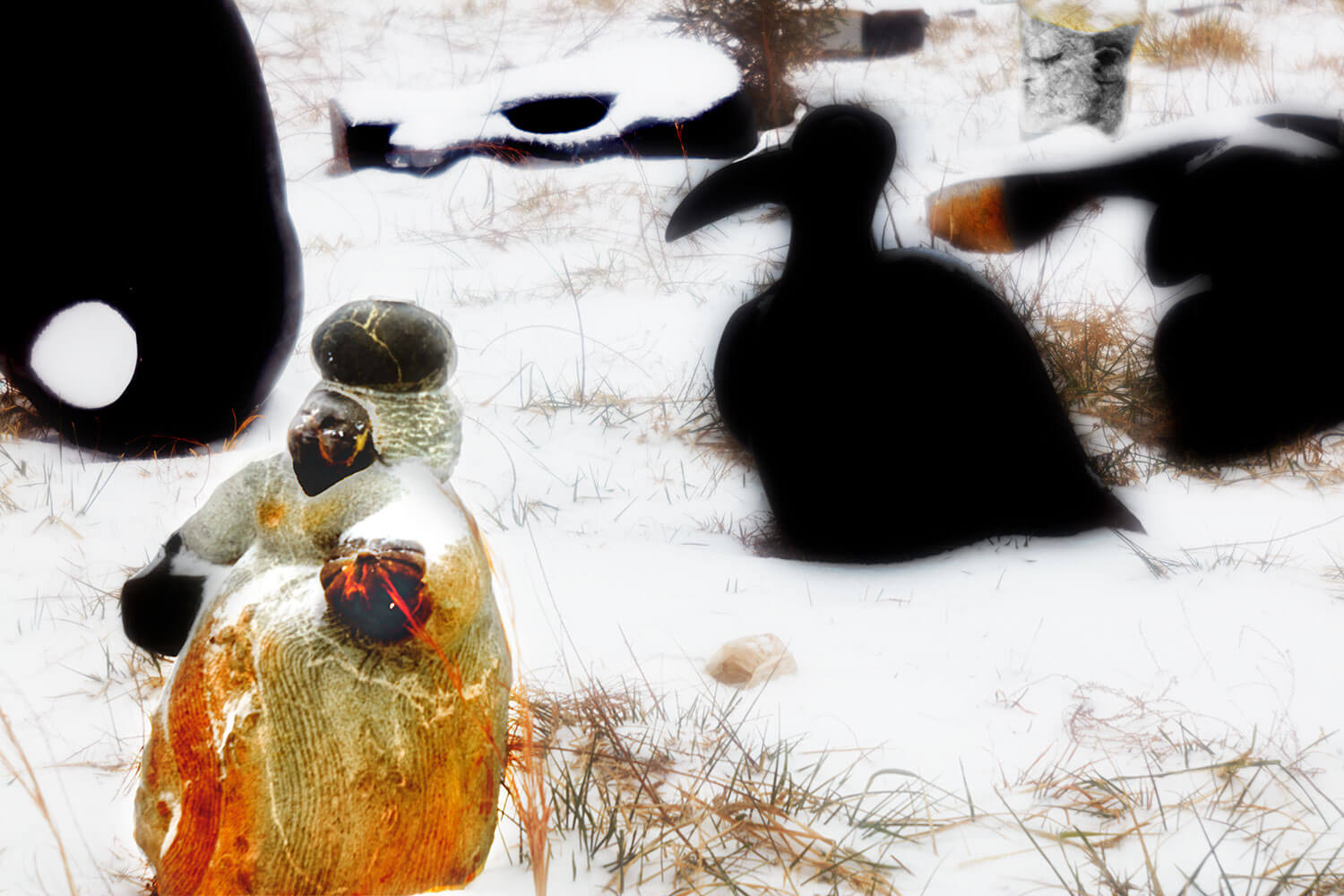 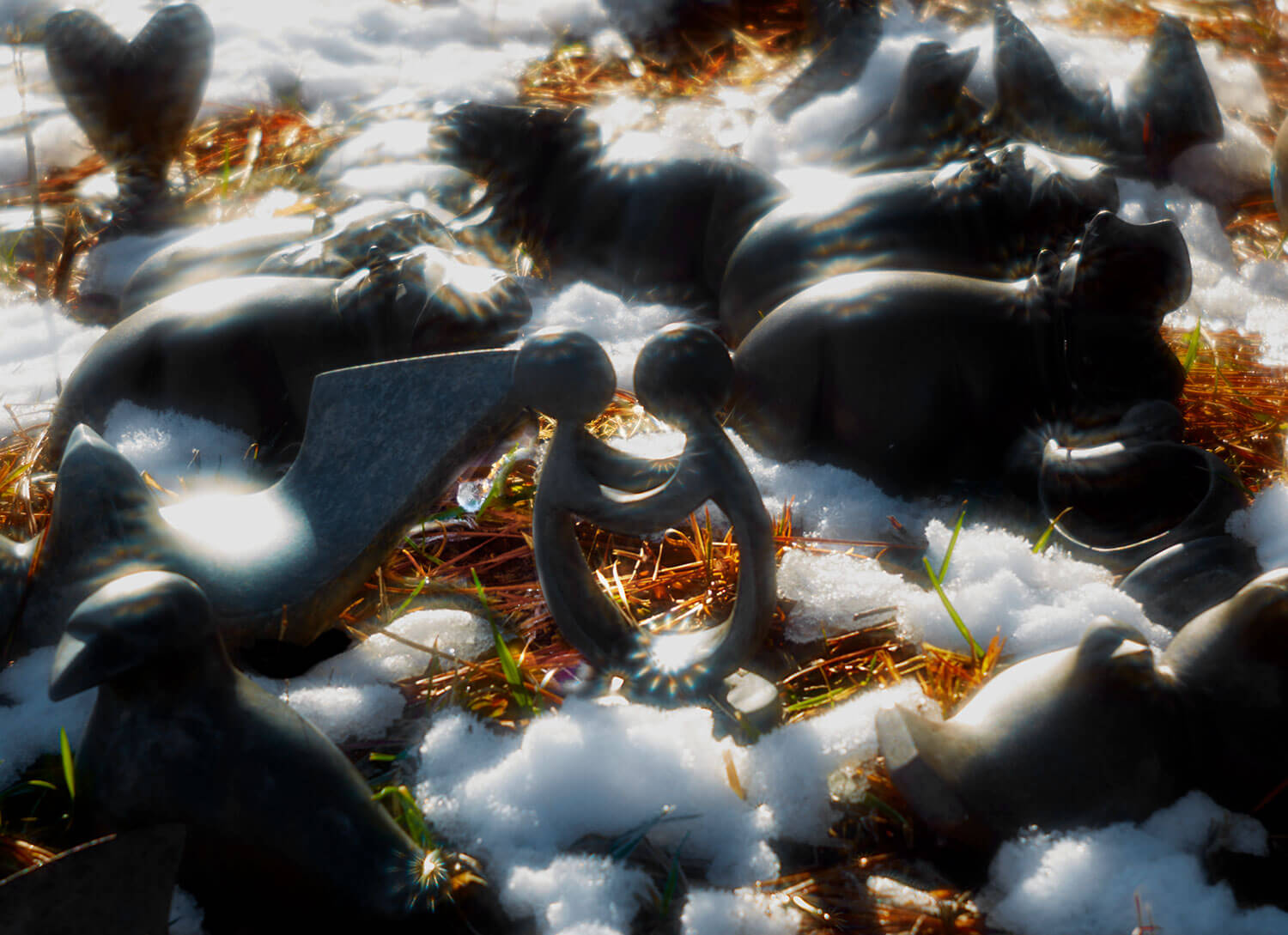 Astonishing that everything is, given the level of African Sculpture that Dr. Terrence Brayboy has collected over the years on his many, frequent trips to Africa, it has a particular way of presenting itself when wrapped up in the  whiteness of snow. The bronze metallic tones when embraced by the purity of snow are all the more dramatic.

Hearing a forecast of likely winter storm with inches of snow accompanied with major wind and 21 degrees, dangerous driving conditions that night, I decided to drive to Gibsonville in the afternoon before the storm expected that night. Terrence was at the Farms when I arrived, and together we positioned my van in a safe place for driving through the snow upon my departure.

Wrapped up in many layers of warm clothes, off to sleep and occasionally waking to see the snow getting deeper. Cereal breakfast in passenger seat, where I had spent the night. At first light out in the predicted wind for a scouting walk.

Let the fun begin! How to honor the magic I was seeing? Decided against slavish documentation of mere facts. Never mind the howling wind blowing snow and sleet completely sideways, this is poetry I am seeing. Over my decades there is a rare, special lens I have sometimes used, an Imagon. It presents enough clarity for recognition, but wraps all that up in a poetic retreat from pure facts in a style of imagery all its own. This is a moment when it is terrific to be my age, to know about a special lens also my age, take a picture or two, run back to the van to thaw out, and in a few minutes get out and do it all over again, and again, and again. Photography is my love affair with life, seasoned with years. But, let the obvious be said, all this stands on a foundation of great subjects!